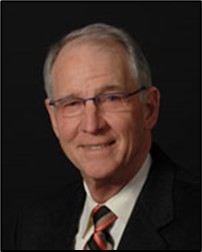 In accordance with our by-laws “honorary members are persons who, on account of their extraordinary contributions to international taxation or the Canadian Branch, shall be elected [as honorary members] by a general meeting [of members].”

Council can think of no one more worthy of this honour than Brian Arnold and unanimously recommends that Brian be elected as a honorary member.

Let me touch on only a few brief aspects of Brian’s almost 50 years as a member of the Canadian tax community.  In Brian’s own words “he wants not only to inform, but also to annoy, irritate and sometimes infuriate” [The Arnold Report, posting 088, October 23, 2015] his students, and he continues to have many of them largely in the form of the readers of his many books and articles.  I am not the only one in this room who would never have considered a career in tax, but for the existence of one professor who was decidedly different from all the rest.  A professor who never provided any answers only questions.  Why? He was teaching us how to learn, not what to learn.

Brian is highly regarded internationally and is in constant demand to advise governments throughout the world, particularly in developing countries where he has worked extensively with the United Nations. When Larry Chapman organized a recent birthday seminar in Brian’s honour, the room was quickly filled with international tax stars from around the world.  Brian is known throughout the international tax community as a brilliant, practical and unbiased scholar. Brian has taught at Harvard, his alma mater, NYU, Western, Toronto, Melbourne, Sydney and many other universities, always challenging his students to think independently.  Brian has never cared what people are thinking, as long as they are thinking!

In 1999 Brian initiated the Canadian travelling lectureship program with a seminar on Treaty Interpretation. The seminar was initially designed for young practitioners.  But, of course, as soon as people saw that Brian was the speaker, the most senior members of the tax community starting signing up and Brian had to quickly scramble to upgrade the level of his comments.  In 2000 Brian organized the first Canadian branch two day seminar, entitled Canadian Tax Treaties: Policy and Practice.  In 2010, together with Jacques Sasseville, Brian did a second lectureship on the Definition of Permanent Establishment: Eroding or Evolving.

Brian has spoken and chaired sessions at IFA International Congresses.  Brian organized all of the sessions at the incredibly successful 2009 Annual Congress in Vancouver, where he was responsible for introducing a lectureship format for one of the sessions and for instituting the use of several simultaneous seminars so that more material could be covered.

In addition to his many books and articles, Brian writes The Arnold Report for the Canadian Tax Foundation which is now up to report # 109, an informative discussion about how to explain the difference between avoidance and evasion to the public.