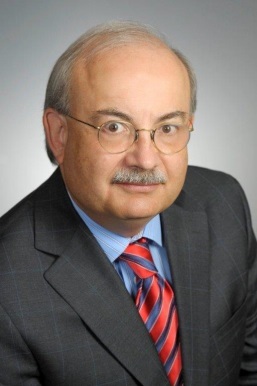 The conferral of honorary membership on Scott Wilkie in 2020 came as no surprise to the membership of IFA Canada and the wider Canadian tax community.

Scott is a long-standing IFA member who for many years worked tirelessly, enthusiastically, and passionately on IFA matters. In addition to frequently appearing as a speaker and participant at international and Canadian IFA events, he served as president of the IFA Canada Branch from 2003-2005. Scott also served as vice-chair of the IFA international Permanent Scientific Committee, which was part of the Executive Board+. Behind the scenes, Scott was a constant source of encouragement and advice for existing and future IFA members, with a specialty in encouraging young practitioners to join and contribute to IFA Canada.

Of course, no one is perfect. Scott has one glaring weakness: the inability to say “no” to helping people with tax matters. Practitioners at all levels of experience know that Scott is always eager to assist with interesting tax questions or review draft tax materials. His countless students over the years—at Osgoode, University of Toronto, McGill, Western, NYU, Vienna University of Economics and Business, and McMaster—have benefitted immeasurably from Scott’s dedication as a mentor and teacher, which he combined with the attitude that tax practitioners must be a lifelong students of an ever-changing field. This dedication resulted in Scott being awarded the 2018 Osgoode Hall Law School Professional Development Award for Excellence in Teaching in the professional LLM.

The full list of Scott’s awards and recognitions are far too long to include here. They include the 2018 America’s Transfer Pricing Practice Leader of the Year by the International Tax Review/Euromoney Legal Media Group; the inaugural 2016 CTF Lifetime Contribution Award for exceptional contributions to the CTF and the Canadian tax community (including serving as CTF chair and co-editor of the Canadian Tax Journal); and the 2006-2007 American Bar Association Most Improved Committee Award for assisting to rebuild the Tax Committee of the International Law Section (awarded to the committee led by Scott). He was also a chair of the Canadian Bar Association tax section and the Joint Committee on Taxation of the Canadian Bar Association and the Chartered (Professional) Accountants Canada. When it comes to Scott’s contributions and achievements, it is easier to list what he has not done rather than the obverse.